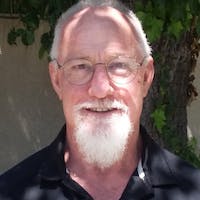 Doug graduated from California State University, Long Beach in 1978 with a Bachelor of Science, in Physical Therapy. In 2006, he completed his Doctorate in Physical Therapy at Temple University in Philadelphia, Pennsylvania. He became a Certified Clinical Instructor in 2012. Doug has owned AIR Physical Therapy since 2005. He was the District Manager of NovaCare Outpatient Physical Therapy from 1994-1998. He also owned Back Schools in Modesto, Manteca and Tracy from 1979-1994. His first job as a physical therapist was a staff therapist for Anderson and Baim Physical Therapy, Modesto from 1978-1979. Doug has been a member of American Physical Therapy Association (APTA) since 1975. Besides running his practice and working full-time, Doug has been a representative at large for California APTA from 2010 to present. His love of football and dedication to high school sports found him on Central Catholic's fields from 1994-2011. Doug is also an active member of the Elk's Lodge #1282 in Modesto, California.

Larry graduated from California State University Long Beach with a Bachelor of Science in Physical Therapy. He has extensive expertise in Orthopedics, Acute Care, Sports Medicine, Geriatrics, and the Fitness Industry, including Anti Aging medicine and Nutrition. Larry provided physical therapy and weight training for both football teams of El Toro and Mission Viejo High Schools for many years, while he had a sports medicine center in Mission Viejo, California. Larry returned to his home town of Modesto in the Spring of 2013 to be nearer to his family. He enjoys weight lifting, spinning and reading. Larry has been nicknamed "the Bookman", as he is rarely seen without a book in his hand. Steven graduated from Sacramento City College in 2007 as a Physical Therapy Assistant. He has practiced in both inpatient and outpatient rehabilitation settings. Steven enjoys spending time with his wife and three sons. He also supports his mom's passion of running as he participates with her in her endeavors. Jasmin graduated from MJC with her Associate of Science in Athletic Training in 2013. She then attended Fresno State University in May 2015. She decided to move back home to be closer to family and friends. She plans to return to school to continue her education. Mario graduated from Fresno State with his Bachelor's in Exercise Science. He plans to go back to school and receive his PhD in Physical Therapy. Mario enjoys exercising, playing sports, and traveling. His hobbies include playing music music and traveling. Mario's injury experience in sports is what sparked his interest in physical therapy. He plans to use his knowledge to help as much people as possible.

Hans is currently attending CSU Stanislaus in order to finish his Bachelor's degree in Exercise Science with a minor in Philosophy. He hopes to continue his education and pursue a Doctorate in Physical Therapy in the future. As someone who's been injury prone and broken many bones through sports and other means, he shares a great amount of empathy with the patients he works with by using his own personal experience. When not at work or studying for school, Hans frequently enjoys wrenching on his project car, playing one of his six musical instruments, staying active with sports, or working out at the gym. 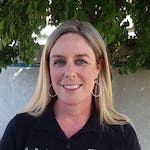 Pam has been employed with AIR since 2005. She graduated with a certificate in Therapeutic Health from Maric College at that time. She has been a true asset to the company and is always willing to go with the flow. Pam started in the back as an aide and worked her way up to the front desk after the birth of her third child. Pam is well versed in front and back office. She will always greet you with a smile and help whenever possible. In her free time, Pam enjoys spending time with her younger children at gymnastics and soccer and trying to keep track of her busy freshman in college.